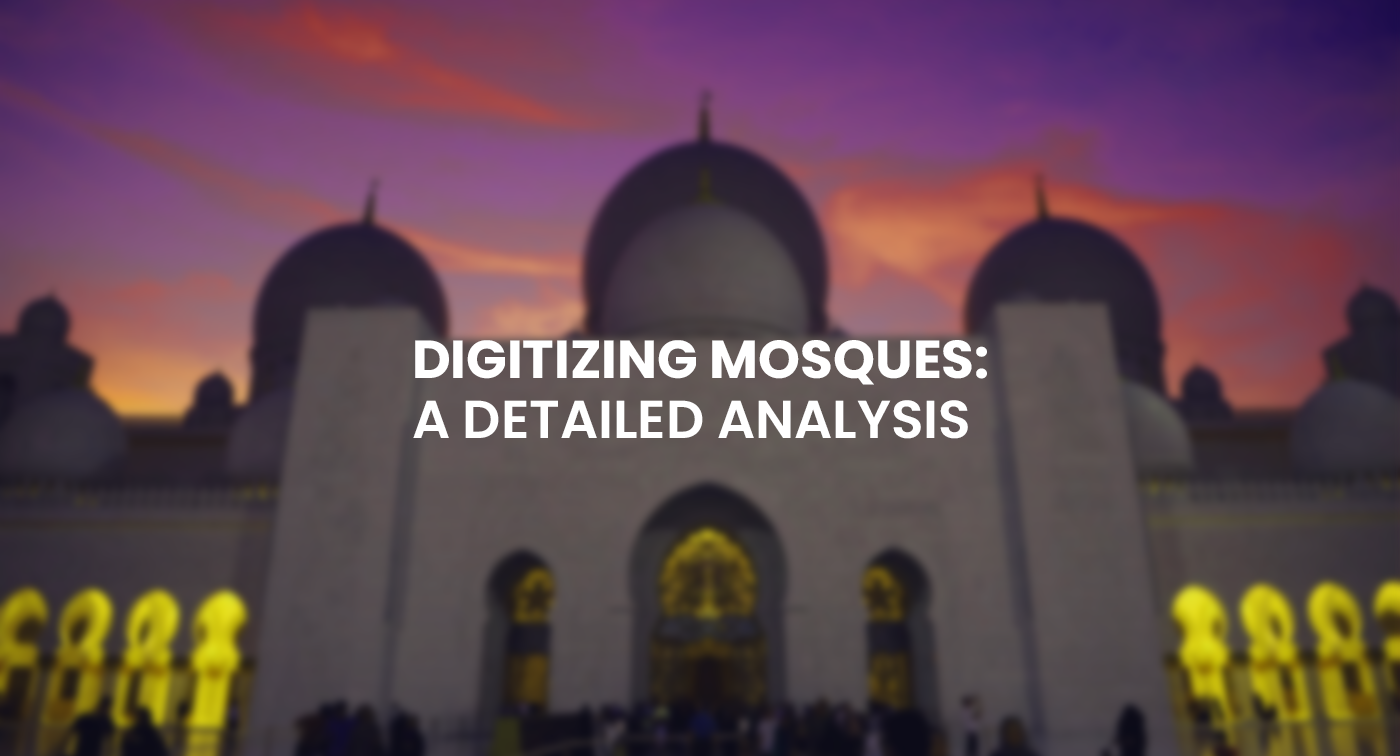 Science and technology have had a huge impact on our lives. It has changed the way how we look at things. It is perceived to be the most powerful tool we have and will have. People don’t always think of religion as being at the leading edge when it comes to technology and innovation, and that’s why mosques are still not getting the attention they need right now.

MOHID took a step forward to transform mosques and introduced many things like online fundraising for mosques, donation Kiosks, and more. A few of the things that they introduced are as follows:

Science is said to be started in Ancient Egypt and Mesopotamia around 3000 to 1200 BCE. There have been huge advancements in science and technology since then and have revolutionized the world.

Revolutions have been termed great advances in science since the 18th century. In 1747, a French mathematician named Alexis Clairaut wrote that “Newton said in his own life to have created a revolution”.

After the fall of the Western Roman Empire, knowledge of Greek conceptions of the world deteriorated in Latin during the early centuries but continued to thrive in the Greek. Aided by translations of Greek texts, it was preserved in Arabic during the Islamic Golden Age.

The Islamic Golden Age was the peak of culture, economics, and science. It is traditionally dated from the 8-14th century. This period is said to have begun during the reign of the Abbasid caliph Harun al-Rashid with the inauguration of the House of Wisdom in Baghdad.

The period is said to have ended with the collapse of the Abbasid caliphate. In that period Muslims worked on many things including Economics, Architecture, Art, Engineering, Biology, Physics, Chemistry, Mathematics, and Astronomy.

Muslims have also invented many things like surgery, coffee, flying machine, toothbrush, the pin-hole camera, and surgical instruments. Muslims also made the first university and hospital.

Technology has enabled us to create new things and helped us in traveling to places we could not previously reach. It has made our life so much easier than we couldn’t even imagine it back then when it all started. Technology is so advanced nowadays, everything is at our fingertips.

Since the 1960s, the power of computers and storage capacity has increased massively. New technology like computers and smartphones has put the ability to access, modify, store and share digital media. The internet and digital media have transformed our lives.

We are living in a virtual world where everything is online. You can buy, sell, and arrange meetings, events, and donations on the internet and there is much more to it.

The change has been so rapid and widespread that it has changed the economic transition from an industrial economy to an information-based economy, which has created a new period in our history which is known as the Information Age or the digital revolution. Technology has evolved dramatically in recent decades.

Technology is now widely used in different fields including Healthcare, education, agriculture, sports, and more. It has truly transformed how we think about things to be. It is moving at a really fast pace and would be changing our lives more and more.

THE INTERNET’S INFLUENCE ON DIGITAL MEDIA

The World Wide Web was invented in 1989 by Tim Berners-Lee. Internet access to the public is now widely used, and it has become so important for day-to-day work that we cannot imagine our lives without it. Today everyone is surrounded by technology and it is an essential part of our life.

Back then when the Internet and computers were invented no one that it would become so close to being our basic need.

In 1986 we had as little as 1% of total media storage capacity in digital form and by 2007 it jumped up to 94%, which best illustrates the speed at which digitalization came about. The 20th and 21st century was great for technology. The major technological inventions and advancements started in the 20th century, and the 21st century gave it a boost.

Science and technology not only came to the education and healthcare sector it is now coming into the mosques too, and it is changing the whole experience. In a truly wireless world mosques are going digital too.

Mosques are taking steps to digitize and make them more in line with the modern world. For example, many mosques are now switching to renewable energy by putting up solar panels.

Cloud storage is really important in digitizing anything. In today’s world, all of the big companies are having cloud storage because of the ease and benefits it gives. Using cloud-based software or cloud storage gives you the ease of access which means that you can access your files where ever you are by just connecting to the internet.

Kiosks are really great, beneficial, and helpful. You can put up anything on them that you want to be displayed. You can automate them to show event details, or details about your organization, or you can even put up QR codes for people to donate with their phones without needing any assistance. They also provide handheld kiosks for the convenience of the people.

MOHID has also made an app called Minbr which allows users to further connect with the Mosque and the surrounding community. It also allows users to participate in online fundraising for mosques. Minbr has its own benefits too, few of them are listed below:

This is high time that we all should play our part in helping our mosques. We can do many things like donating to mosques by using Minbr’s online fundraising for mosques program. This will help boost in digitalizing of our mosques. 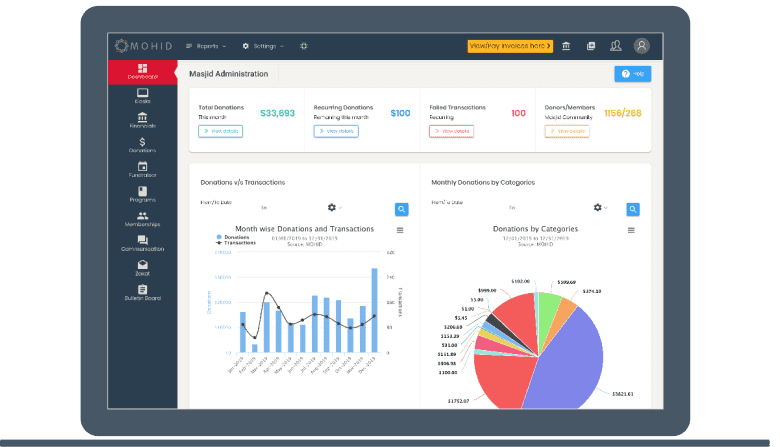