Building a mosque for sake of Allah 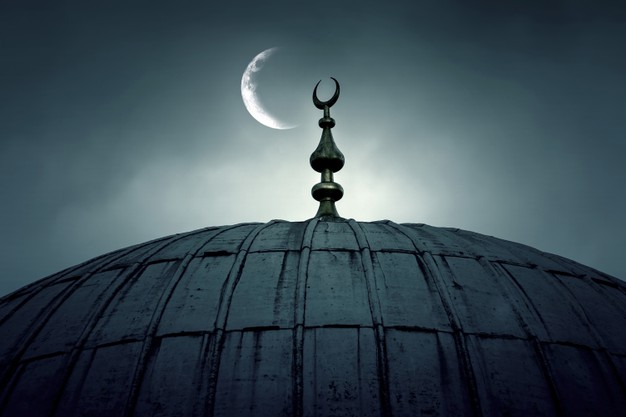 Mosque plays an elementary role to establish a good environment in a Muslim society. So, building a mosque for sake of Allah is not only a place of worship; it is also a place where people meet and greet. In this way, a social system prevails everywhere. For this reason, Mosque is the base of Muslim society. The one who is regular to Mosque is more attached to the people and knows the condition of the people; he can help them in their troubles and becomes a good Muslim.

In one narration, it is said that Mosque is a strong castle against sheitan

Mosque plays the same role in a Muslim society.

And who is more unjust than those who prevent the name of Allah from being mentioned in His mosques and strive toward their destruction. It is not for them to enter them except in fear. For them in this world is a disgrace, and they will have in the Hereafter a great punishment.

Importance of building a Mosque:

The mosque is called the house of Allah almighty. In Quran, Allah Almighty says

and it is stated in a blessed Hadees of Sahih Muslim

The one whose heart is attached to Mosque will be under the shade of the throne of Allah Almighty on the Day of Judgment.

The reward for building a Mosque:

The one who builds a Mosque for the pleasure of Allah Almighty; Allah Almighty would build a house for him in paradise. (Sahih Muslim)

Build a Mosque or donate to it:

After reading above mentioned excellences of building a Mosque, one may think that it is a great virtue to build a Mosque but how can I build a Mosque? Does it need a lot of money? Dear brothers! Don’t get disappointed from the mercy of your Lord He, the Almighty, blesses even those who spend even a little in construction of the Mosque.

Whoever builds a Mosque for the sake of Allah Almighty, like a sparrow’s nest or even smaller, Allah Almighty will build for him a house in Paradise.

Dear brothers! If someone affords to build a Mosque, he should make his mind to build a Jamia Mosque. Otherwise, everyone should make their mind to donate to the Mosque construction. If Allah Almighty wills, this virtue will take him to Paradise and he will receive a palace of paradise by the mercy of Allah. Now, it is very easy to participate in the construction of a Mosque you can give an online donation to build a Mosque. May Allah Almighty enable us to donate for the construction of the Mosque. Ameen

Status of Mosque in Islam:

Islam is the final religion of Allah Almighty. It has the solution for humanity till the Day of Judgment. Every aspect of this religion is complete and comprehensive.

When we study Islam every single day, we agree with this fact even more. It does not matter what aspect you study, you feel the balanced solution for humanity, even non-Muslims when did research on Islam and Quran they agreed on the fact that Islam has a solution for humanity.

When we study the belief system of Islam, we come to know that oneness of Allah Almighty is a very basic creed of Islam and with that, a Muslim believes that the beloved Prophet Muhammad (P.B.U.H) is the final prophet of Allah Almighty. Islam teaches us to respect all the Prophets.

What is the reward of building a mosque?

Prophet Muhammad (saw) told us that Allah says that if someone builds a masjid to reap His reward, Allah will build them a similar house in paradise.

How important is a masjid in Islam?

Mosques are the heart of Islamic life. They serve for prayers, for events during Islam's holiest month of Ramadan, as centers for education and information, places for social welfare, and also for dispute settlement. The imam is the religious leader of the mosque and the person who leads the prayers.

What is the reward of building a mosque?

Prophet Muhammad (saw) told us that Allah says that if someone builds a masjid to reap His reward, Allah will build them a similar house in paradise.